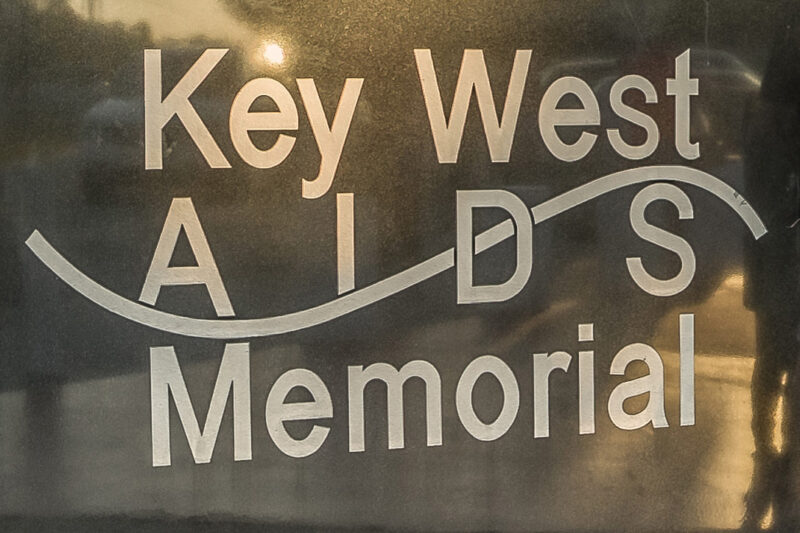 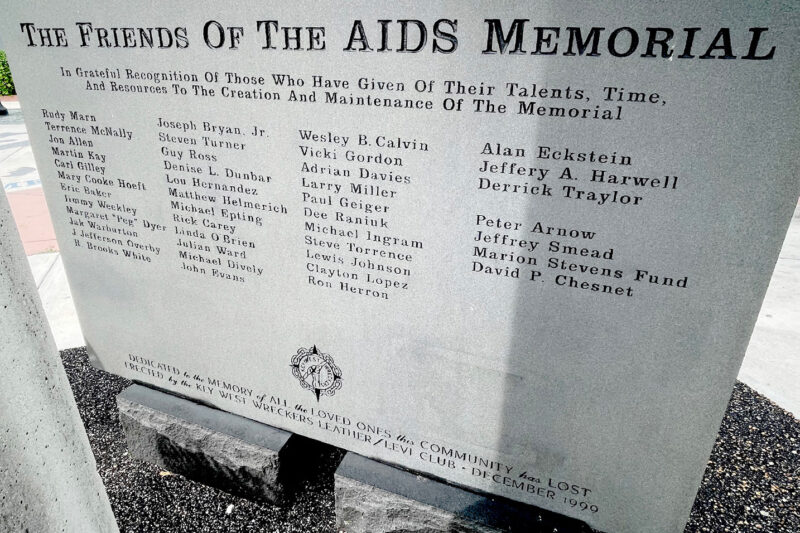 The Key West AIDS Memorial was built with private funds and donated to the City of Key West in 1997. At the time of its dedication ceremony, held on December 1 on World AIDS Day, the Memorial included 730 names.

It might be hard to understand today, but on an island of less than 25,000 residents, AIDS and HIV had a devastating impact including the loss of over 700 friends and neighbors to AIDS related illnesses in only a few short years. No segment of the island’s community was spared as prominent business owners, housewives, Conchs, service men, gay and straight alike contracted the dreaded disease.

Not only was Key West battling an epidemic few people understood at the time, but it was also becoming a refuge for hundreds of people who were diagnosed elsewhere but felt they could not remain at home in what many considered to be hostile environments. So they moved to Key West, which drove the “real” numbers much higher and put an overwhelming strain on the medical resources of the tiny island community. 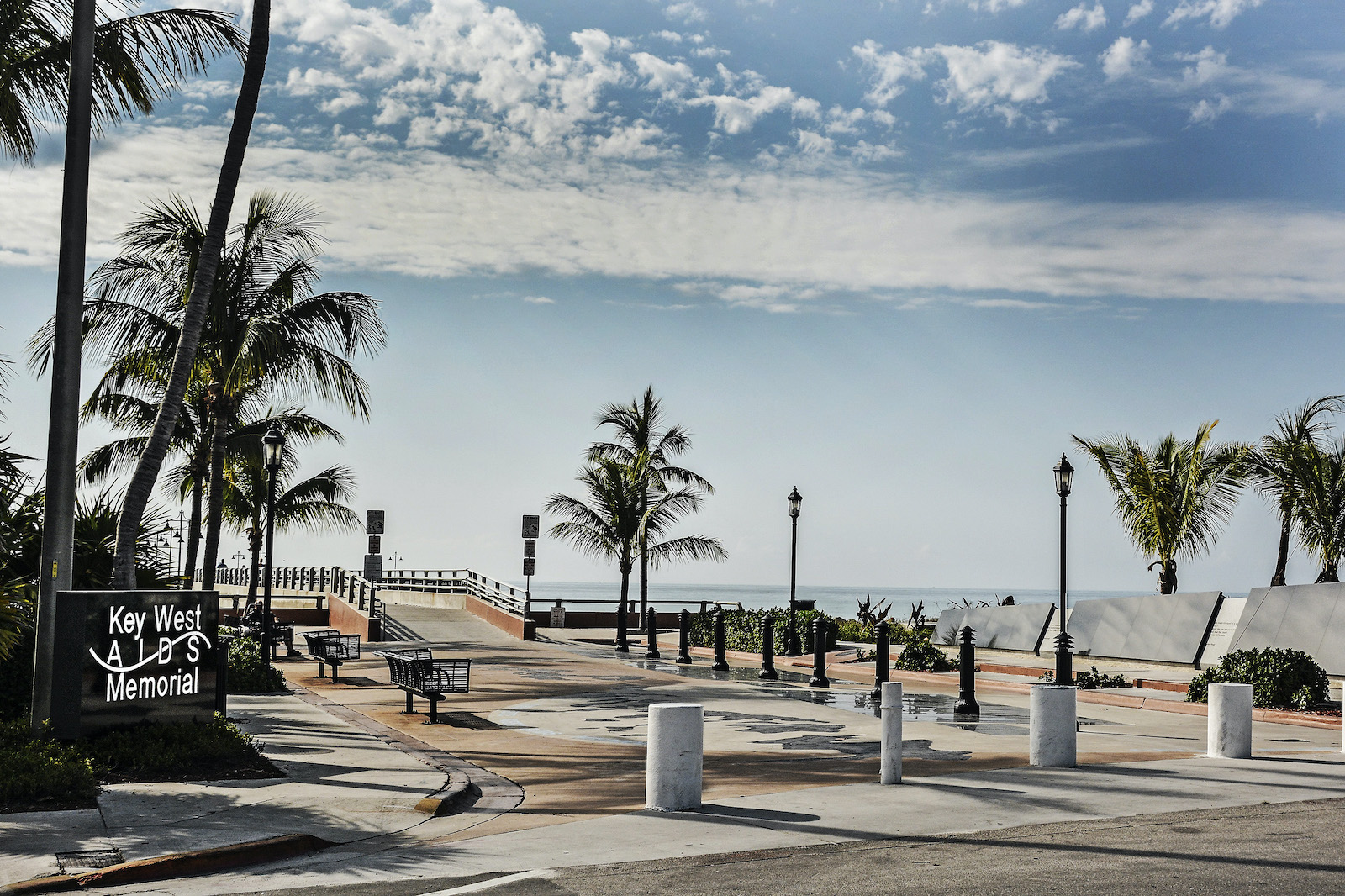 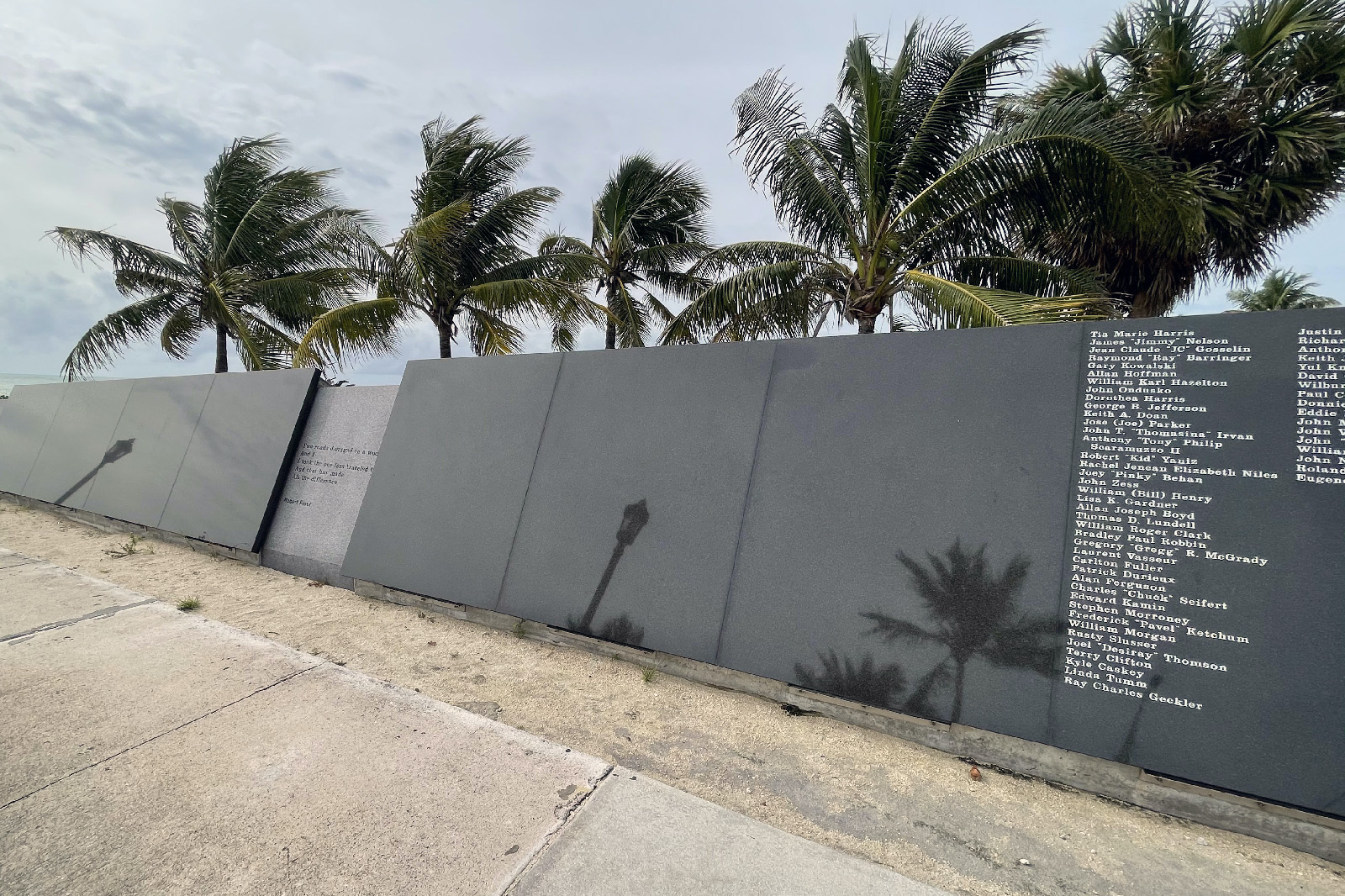 In 2012, space was running out on the Memorial, so the original architect Michael Ingram designed a new side wall to compliment the setting which allowed for the addition of more names and poems. The wall was dedicated at World AIDS Day, 2014.

At the end of 2019, the Memorial had the names of 1230 people who had died from complications due to AIDS in the Florida Keys. 10 additional names were added in 2020.

The site was the first municipal AIDS Memorial in the world and serves as a tribute to the accepting and generous community of Key West. 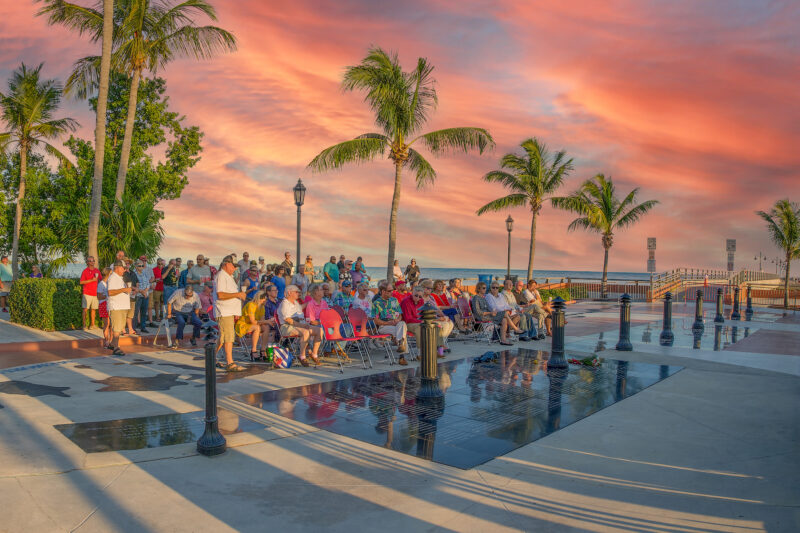 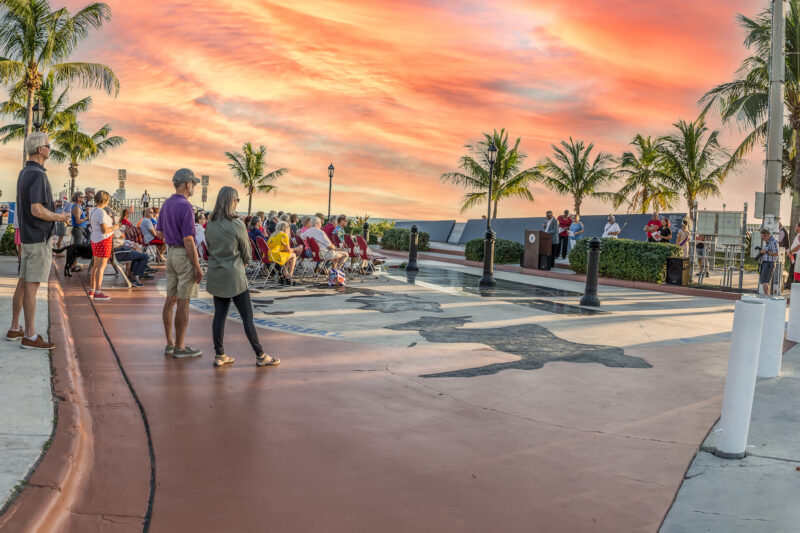 For 24 years, the Friends of the AIDS Memorial has conducted a service on World AIDS Day, December 1. This consisted of a gathering of friends and loved ones at sunset to hear a reading of the names of all who were inscribed in the memorial, after a candlelight vigil to the site. The Poet Laureate of Key West would also read a poem written that year. Friends, family and loved ones would call out the names of those that had left us in previous years and place flowers at their names.

Following the service, the Friends of the AIDS Memorial is bringing back, by popular demand, The Tree of Hope. The event will take place upstairs at La Te Da, 1125 Duval Street. Participants can donate $20 to the Friends of the AIDS Memorial and receive either a commemorative coin or a tree ornament. They also get a card to write the name of a loved one lost to AIDS and to hang it up on the tree.

In 2020, because of the coronavirus, a gathering of people was not possible. So the Friends of the AIDS Memorial produced a short video to commemorate World AIDS Day and the Memorial. This video can be seen at any time from this website or on YouTube.

© Friends of the AIDS Memorial, Inc. All rights reserved.